This past weekend I watched the Golden Globe Awards. Actress Regina King won Best Supporting Actress for her role in “If Beale Street Could Talk”.  During her acceptance speech she declared she would make sure that her projects going forward would employ 50% women.

This was a huge declaration. No one has ever made such a statement on this platform. Being the founder of BlessedGirls (mentorship program for girls) and a passionate advocate for equal rights, I was so proud of her desire to assure that females will be represented equally in her work.

The following morning she was interviewed on CBS. Regina was asked about her declaration. She said “I figured I would shoot my shot”.

When I heard her say that it really resonated with me. Honestly, when she made her speech I was moved by her bravery and passion to assure that she would work with more woman. I was inspired and encouraged that she took a stand and thus will make a difference in Hollywood and perhaps around the world.

Once I saw her interviewed I was even more inspired by her candor and humility. She knew she was taking a chance by making that statement. However as she said she took her shot.

It got me thinking……

Am I taking my shot?

Are you taking your shot?

Often times opportunities present themselves and we have to decide whether we will take the opportunity or wait for the next one? The ball is in your hands. Will you take the shot, pass the ball or go sit on the bench?

Most opportunities involve a risk. Surely Regina King didn’t know how the audience or her colleagues would respond to her declaration. But that didn’t matter. She took her shot.

Have you ever been in a meeting or at a event and they ask for volunteers? You’re not sure what your volunteering for but you do? You took your shot. Funny thing is. The more shots you take the more comfortable you will becoming at ‘shooting your shot’.

Have you ever been put on the spot to sing, dance, or read your poetry? Did you take your shot and share your gift?

Did you ever have an idea for an invention? Something that would change the way people do things? One day you look up and see a commercial for a product that you had an idea for? You didn’t shoot your shot.

Or one last thing. Did you have a chance to meet or speak to someone you admired? Did you speak to them or stand in the background and watch others approach he/she and get their questions answered and pictures taken? Or did you shoot your shot and meet the person?

These are just a few examples of TAKING YOUR SHOT!

I am the mother to 3 wonderful boys. Each of my boys play various sports. my younger sons are currently playing soccer and basketball. Many times as I watch them play, I am on the sidelines screaming “take the shot”! Why is that something I have to encourage them to do? Surely, they’re on the team to contribute and help the team win. Why do they need me to tell them to take the shot?

Often times the boys are not confident enough in their ability to make the shot. They’re afraid of being judged if they miss the shot.

Is that why you and I don’t take the shots presented to us in life?

Well allow me to be your coach today. I am on the sidelines yelling “shoot your shot”!

Michael Jordan possibly one of the greatest basketball players of all times said this. ” I’ve missed more than 9000 shots in my career. I’ve lost almost 300 games. 26 times, I’ve been trusted to take the game winning shot and missed. I’ve failed over and over and over again in my like. And that is why I succeed.” How can one of the most successful athletes of all times admit to missing shots? He was so successful simply because he always took his shot.

Life is not a dress rehearsal. We have one life to live. We have one game to play. When you get the ball, take the shot!

Your team is depending on you! The world is waiting on you to Shoot Your Shot! 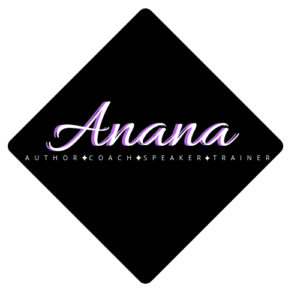